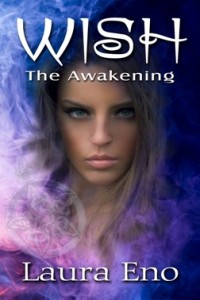 Mango ice cream dripped onto the sidewalk, unheeded. Dogs barked all over the neighborhood, and cats raced for high ground to better see the interloper. Julie didn’t care about any of that. The unicorn was every bit as beautiful as she’d imagined, with streaks of orange and black in its mane and tail and a series of gold spots along its sides.

With a cry of joy, Julie dropped her ice cream cone and raced to fling her arms around the unicorn’s neck. She wanted it to nuzzle her hair, to whicker, to somehow show it loved her as much as she loved it. Instead, it pulled against her arms, backing away until she let go. Dismayed, she watched it walk past her to her abandoned treat.

It nipped at the ice cream once, twice, then the sweet was gone. The unicorn swung its head from side to side, but no more ice cream was around. Then came the sound of the ice cream truck, the tinny “Turkey in the Straw” that drove Julie’s mom crazy. The unicorn walked toward the sound as though it knew the source of what it had just eaten. Julie followed.

The truck had pulled up in front of a house on the next block where three boys stood with their mama. Julie didn’t know any of them; they were too small to go to school with her. The unicorn sped up, trotting to reach the stopped vehicle. The boys stepped back, afraid of the creature. Their mama stood transfixed. Julie ran after, sure that if she tried again, the unicorn would love her.

The unicorn shoved its head through the window in the side of the truck. The man inside yelled something, but the words were unintelligible. When Julie got there, she saw the man beating the unicorn — her unicorn! — about the head, trying to get it to back off. It ignored his efforts, chewing through everything in reach — which, since the man had had a freezer compartment open, was a considerable amount. Finally, sated, the unicorn backed away from the truck and stood with its head swaying slightly.

Julie grasped its mane and tugged. It followed her until they reached her home, where it lay down on the grass in the front yard. It began to shimmer, and Julie stared in fascination as a cocoon surrounded the unicorn. When the shimmering stopped growing, she reached out to touch it; it felt as smooth as a pearl. She sat down and leaned against it. She didn’t know what could be any more beautiful than a unicorn, but with any luck, she’d get to ride it.

My blog is participating in the Forward Motion Flash Friday Blog Group, a weekly flash fiction exercise. Check out the other participating blogs for more flash.

I meant to write and post this yesterday. I didn’t get to it because I was finishing up a work deadline — updating an index I’d worked on a few years ago. I was really happy to get the index done, and other commitments sort of slipped my mind.

Science fiction and fantasy, on the whole, are fairly easy to recognize: we see a space ship on the cover, and we think science fiction; we see a dragon or a fancy sword, and we go with fantasy. There is a lot in the speculative field, however, that defies easy characterization. It may blend SF and fantasy, or it may lurk on the edges where it’s easy to say, “Well, it’s not mainstream, but I’m not sure what to call it.” Today, I break out a few of those tougher-to-call subgenres for you. Continue reading

Fantasy can be divided into subgenres based on theme, setting, plot elements, intended audience, or some combination of the above. (Reminder: these are how I use these terms, and you will find others who don’t agree.) Continue reading