I’ve never minded Friday the 13th. With one blood relative and one in-law having birthdays on the 13th of different months, if anything, I think it’s a cool day.

On the other hand, it’s the second week in a row my son’s school has been disrupted by the threat of violence, so I’m rapidly becoming less fond of October. Again, no damage done other than expense of bringing in experts to check out the bomb threat (I wouldn’t have guessed there were 5 nearby municipalities with bomb-sniffing dogs) and an interrupted day, but that gets to be a bit wearing.

Got around 50 words today. Need to get back on track.

Today’s Inktober prompt was “teeming.” Sketched some flamingoes from the Henry Vilas Zoo in Madison with my Copic Multiliner. (If I’d gotten a better picture of the prairie dogs, I’d probably have used them instead.) 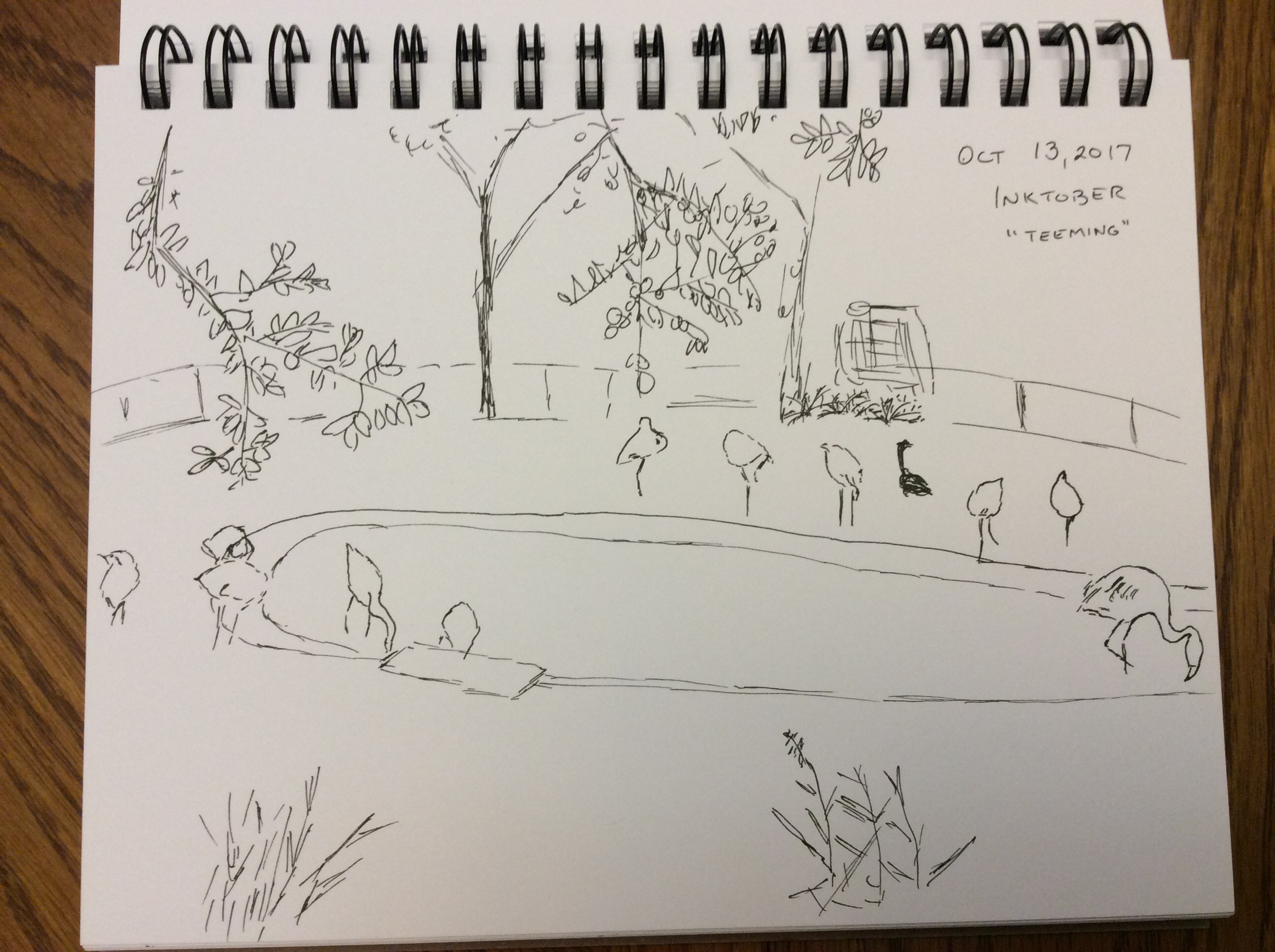