We went from this: 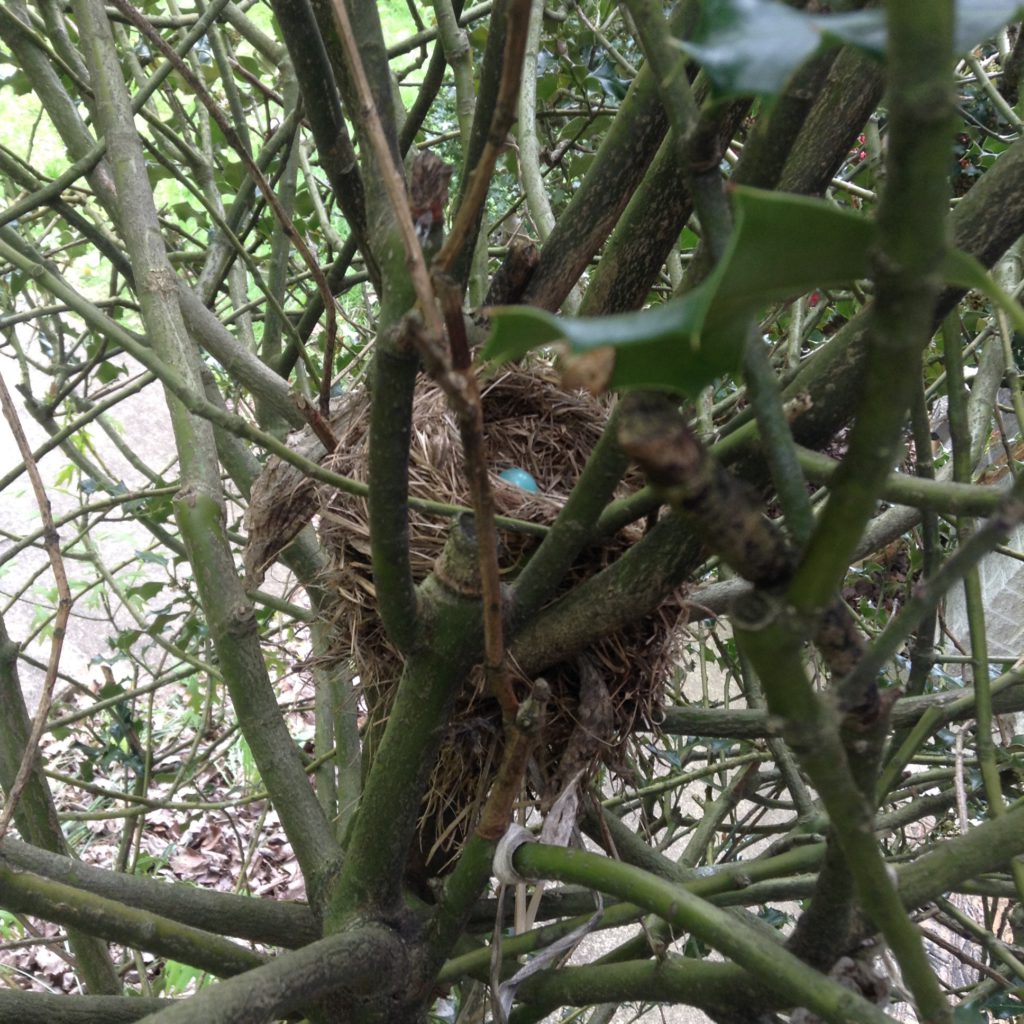 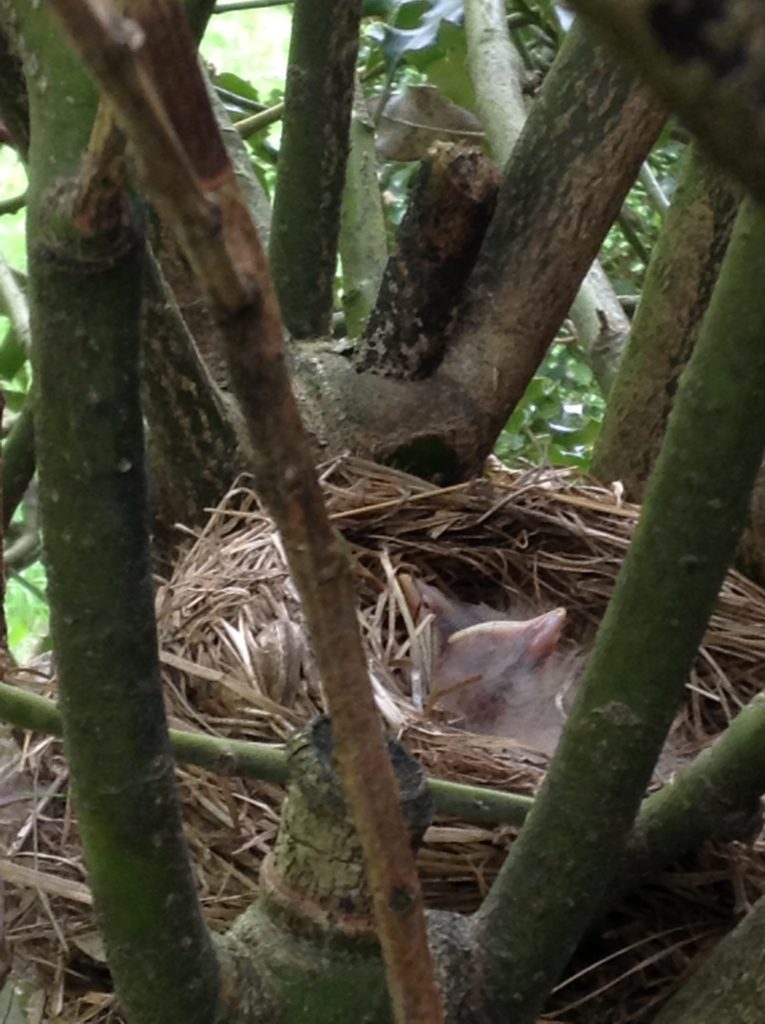 Most of the time, Mama Robin’s still sitting on top of them, so I was lucky to get this shot this afternoon.

Today, grateful for the turning of the seasons. (Also very happy because of the fun concert at my daughter’s school this afternoon.) 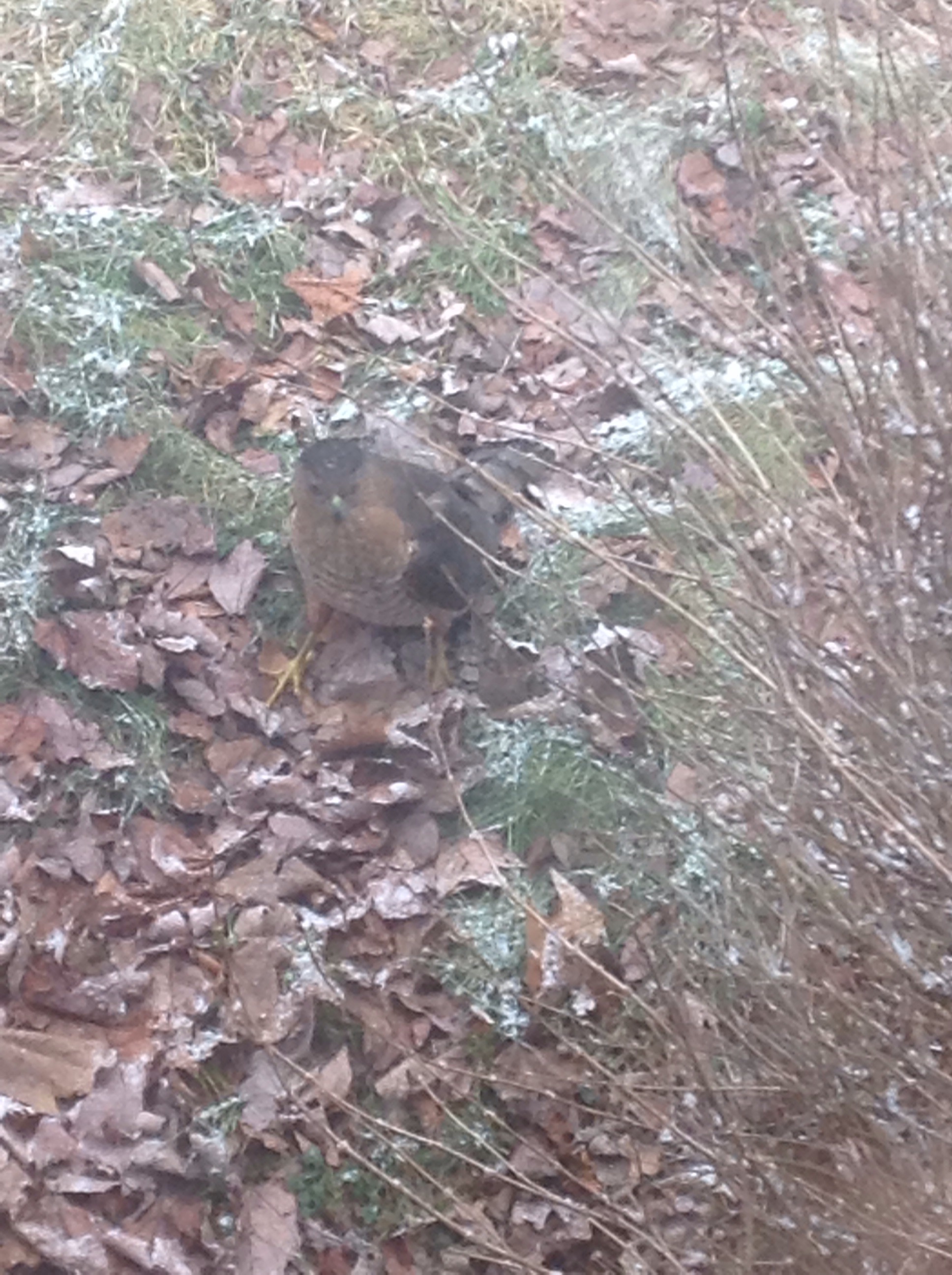 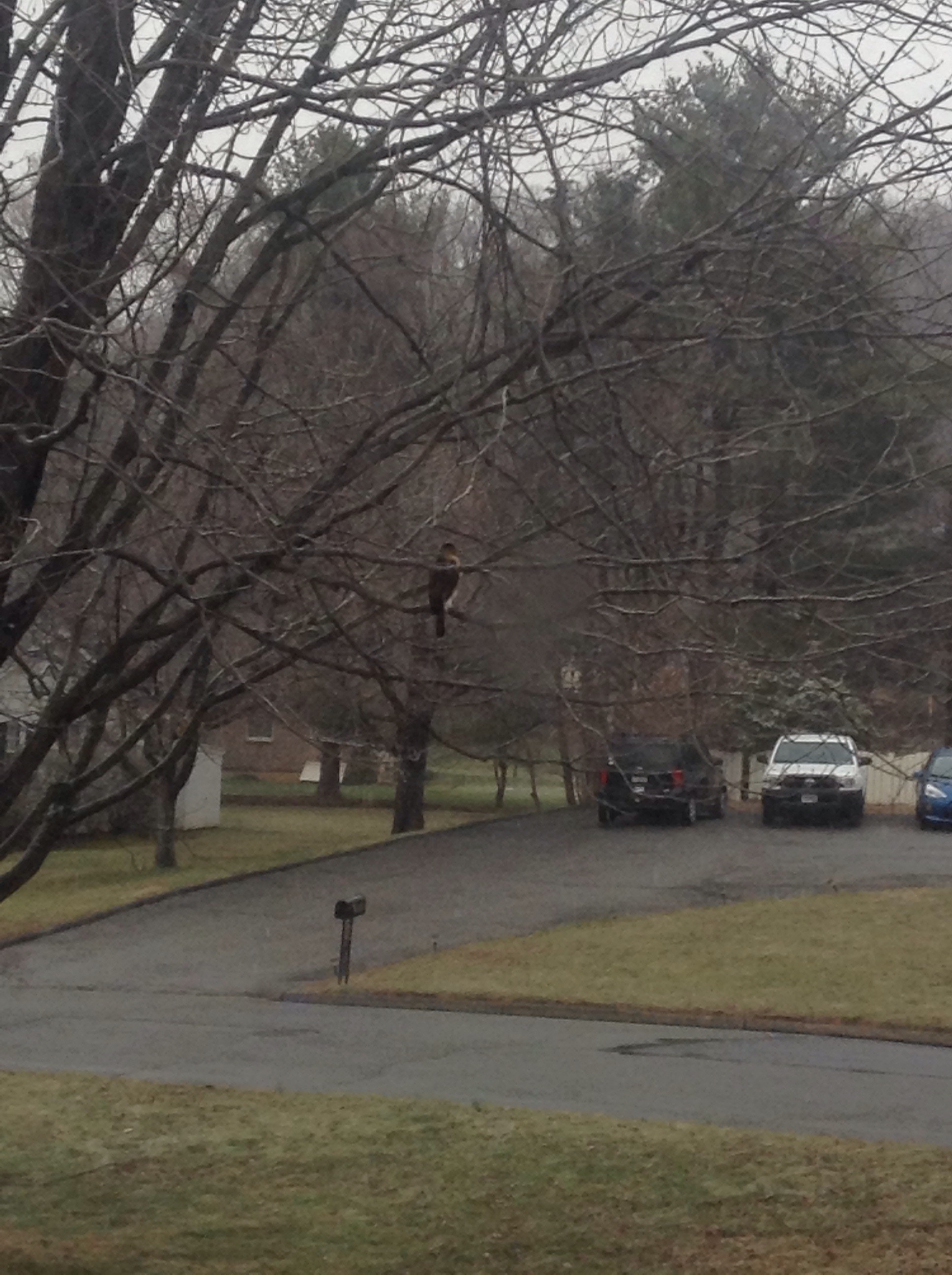 If you get my newsletter (and read it — goodness knows those aren’t always the same thing!), you’ll know that I was taken recently with Austin Kleon‘s books. I wrote up a review of them for Vision: A Resource For Writers, and it went live earlier this week.
Book Review: Steal Like an Artist and Show Your Work by Austin Kleon

SFWA (Science Fiction and Fantasy Writers of America) is launching a New Release Newsletter! This newsletter will go out every two months, and will feature science fiction and fantasy new releases and backlist rereleases from SFWA members. Each newsletter will contain information on works of all lengths from the talented writers admitted to the premier professional organization for science fiction and fantasy. Anyone can sign up! This is a newsletter for readers, librarians and booksellers to help them find their next favorite story.

Sign up to receive the newsletter.
The first issue, which went out this week

Do you remember the robins that built their nest in the holly bush outside our door last year? This year, we discovered a robin who had more bravery than sense, although last I checked, it hadn’t been a problem yet. Her nest was built on the structure at our local playground, where kids play and any passing predatory bird could easily see the fledglings. Here she is, on the nest, as well as pics of the eggs before hatching and the new hatchlings last week. 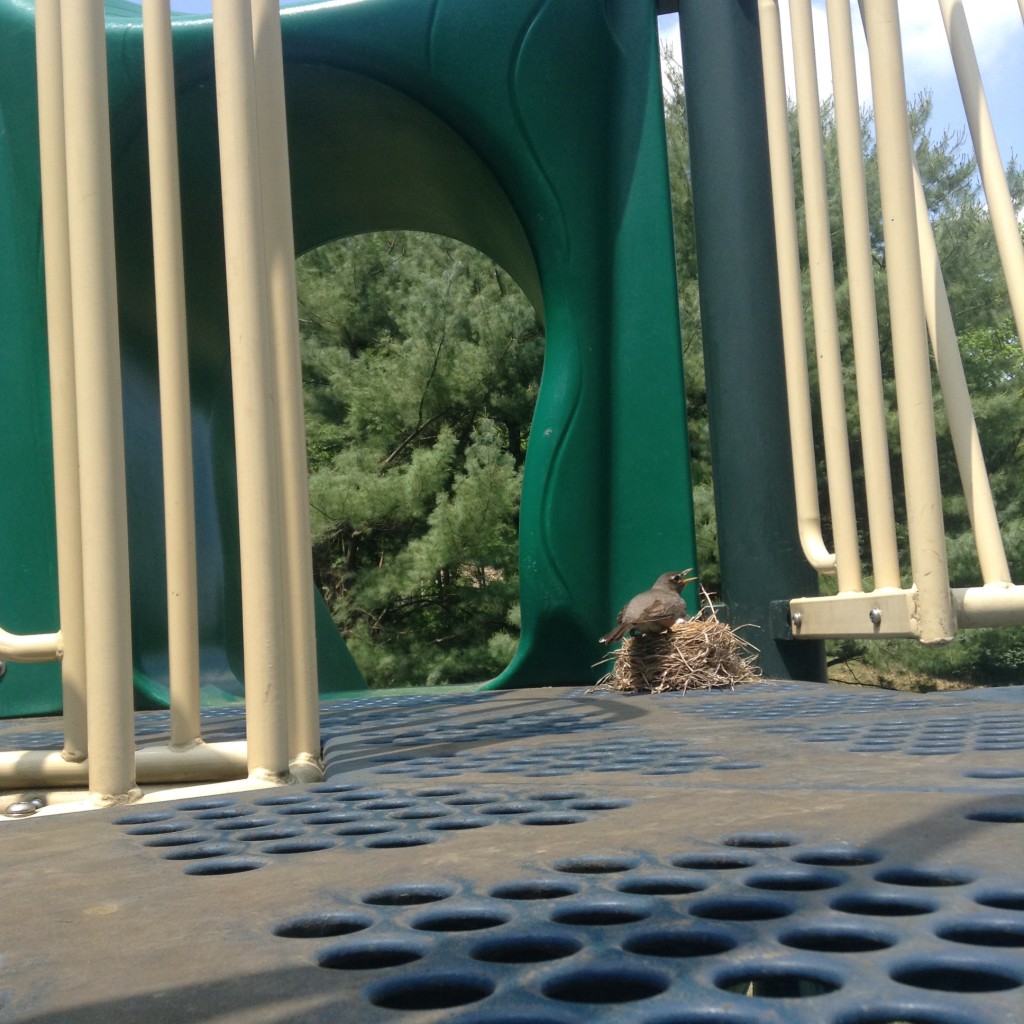 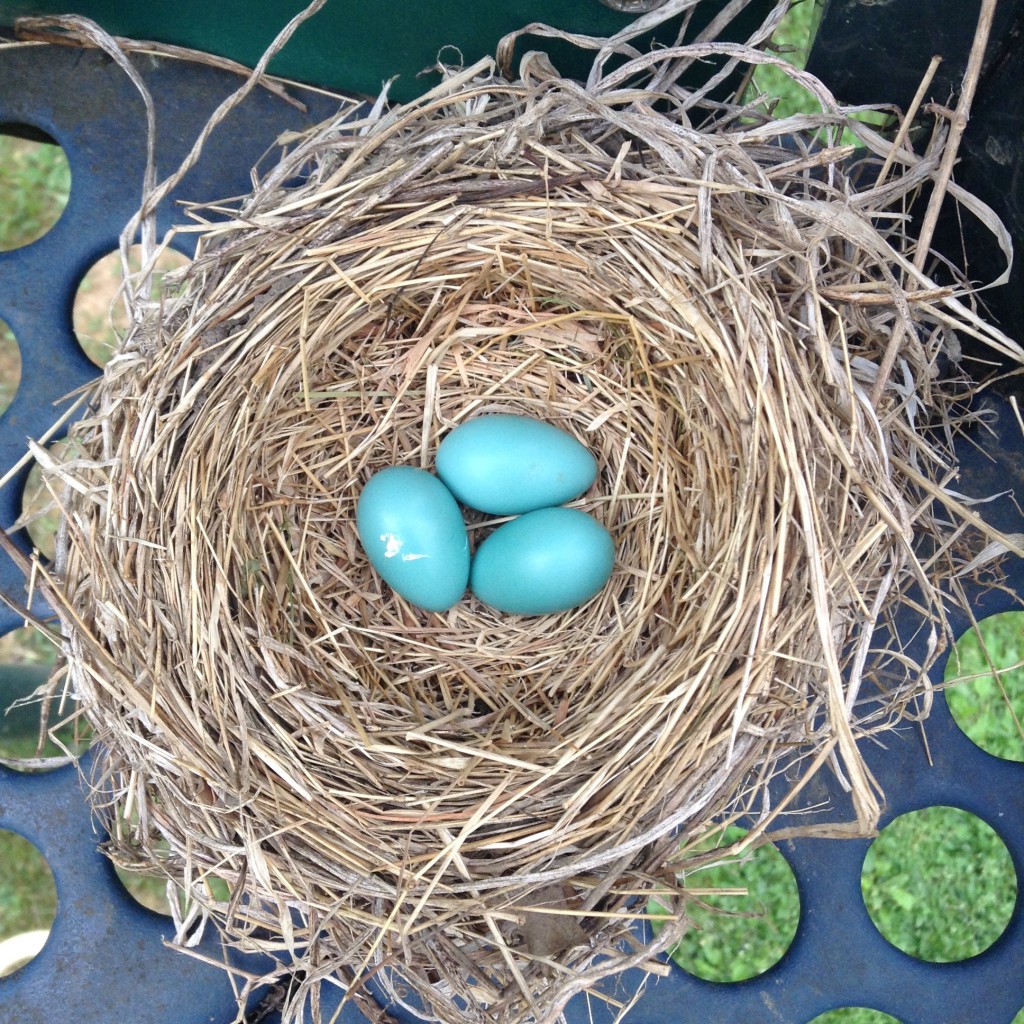 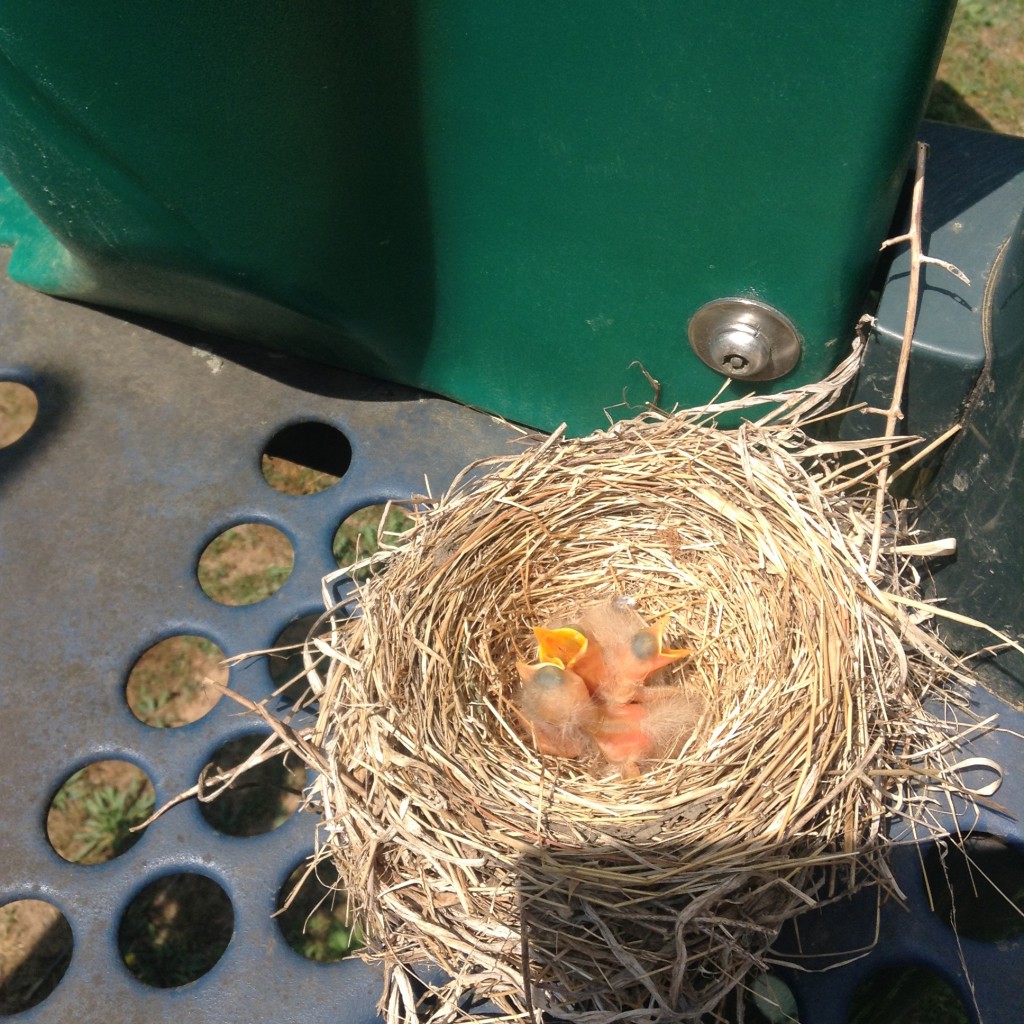 The next big adventure: the kids get out of school for the summer tomorrow! Fortunately, I learned last year that I can be possibly more productive in the summer because I don’t have as short a day to work (and I don’t have to get up so early in the morning, either).

So that’s what’s new here as we head into June. Do you have any new and exciting things going on?

Today, I’ve had a cluster of house finches visiting. The first pictures I tried to take weren’t clear enough to share — they landed on the ground, and their plumage kind of blended into the muddy spot below the feeder. I finally got a couple of pictures worth showing off. (Yes, that’s a female cardinal in the second picture, where I caught the one finch midflight.) 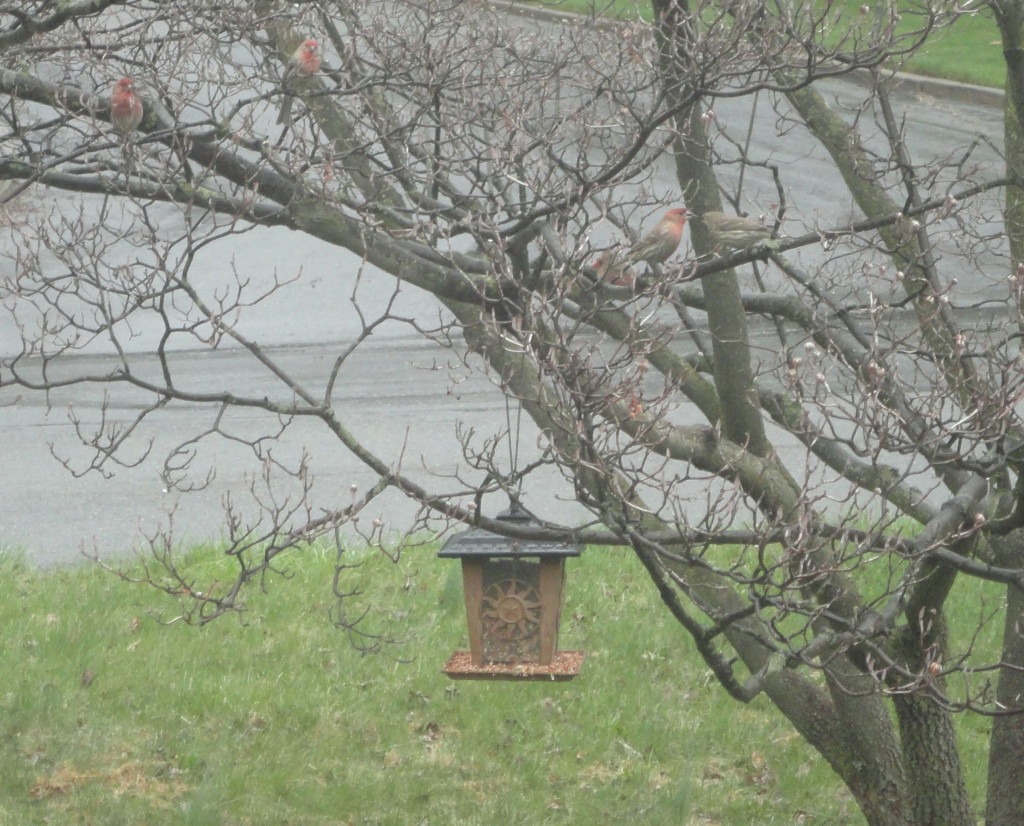 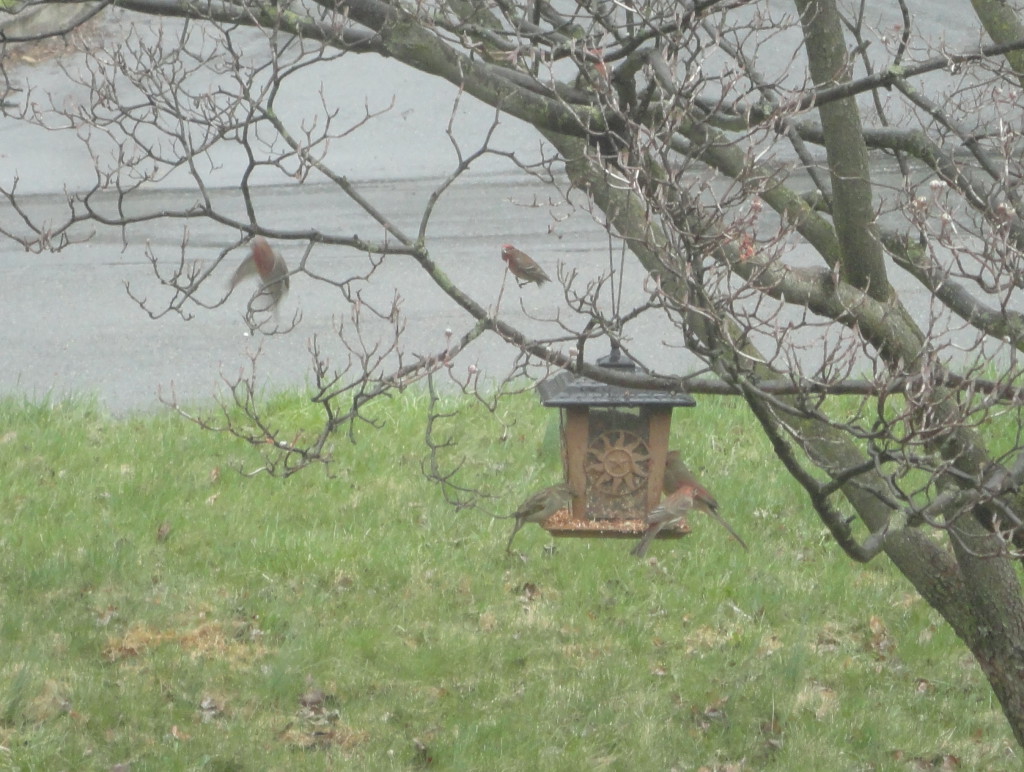 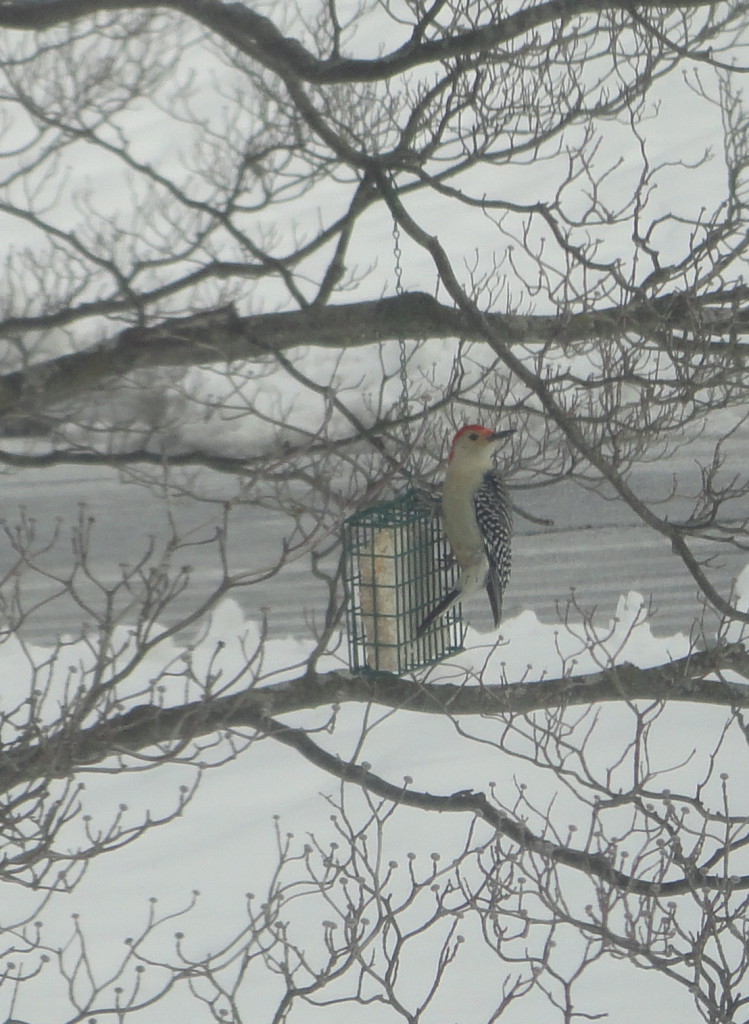 I honestly hadn’t expected to post pictures again so soon, but the birds have been so very active today, I couldn’t resist. (I’m going to have to add “Birding” as a category, I think.)

First, I had a flock (a murmuration?) of starlings. 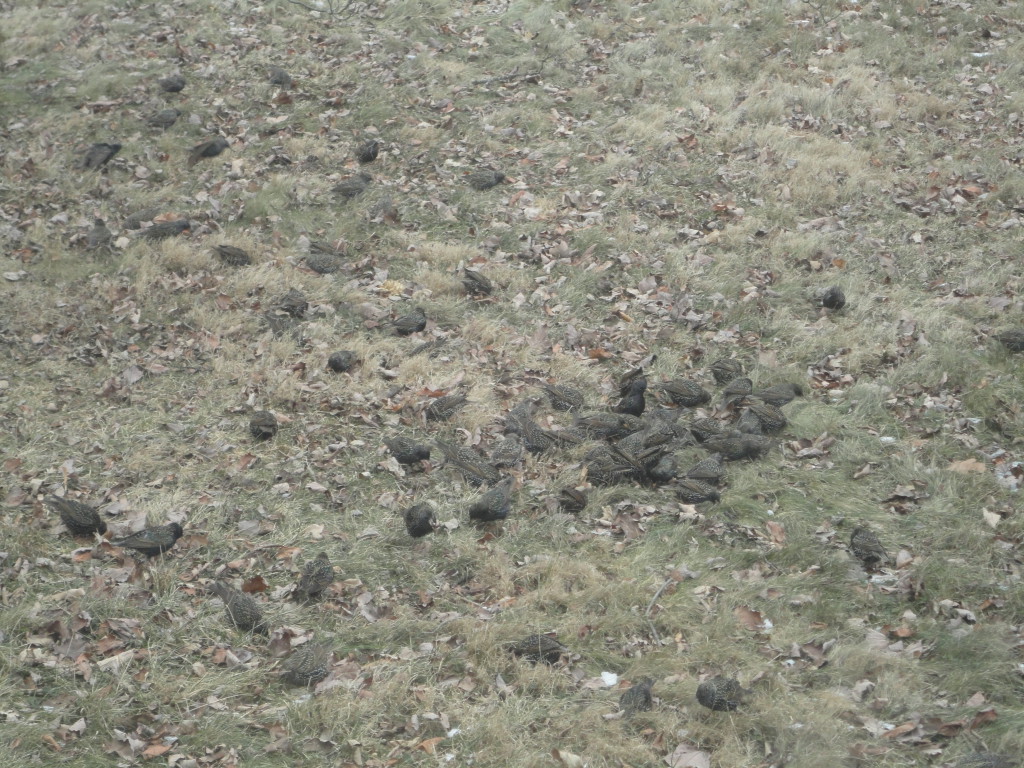 Starlings on the ground

As promised, the gallery of photos from egg to young bird, able to fly. Enjoy. 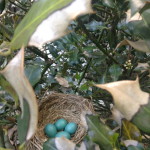 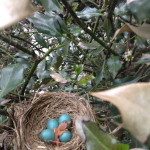 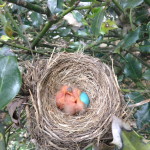 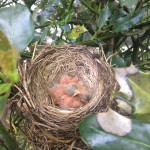 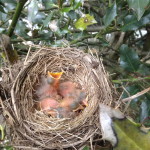 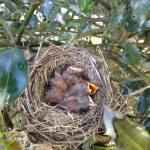 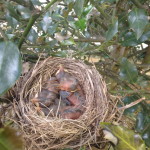 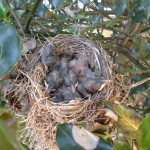 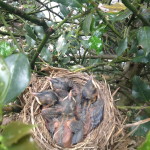 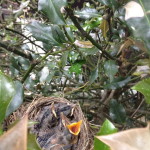 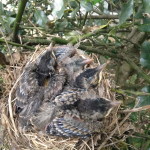 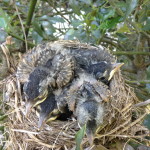 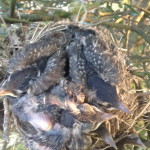 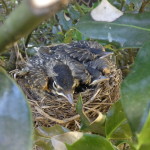 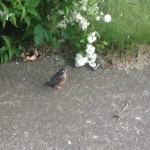 It had to happen; the baby robins are adolescents, out playing their rock music or at least chirping every time something moves within fifty feet of them. I went out to take the daily picture on Monday, and they freaked out and flew out of the nest. I got a picture of one of the young ones on the sidewalk. Continue reading