The week (so far) in books 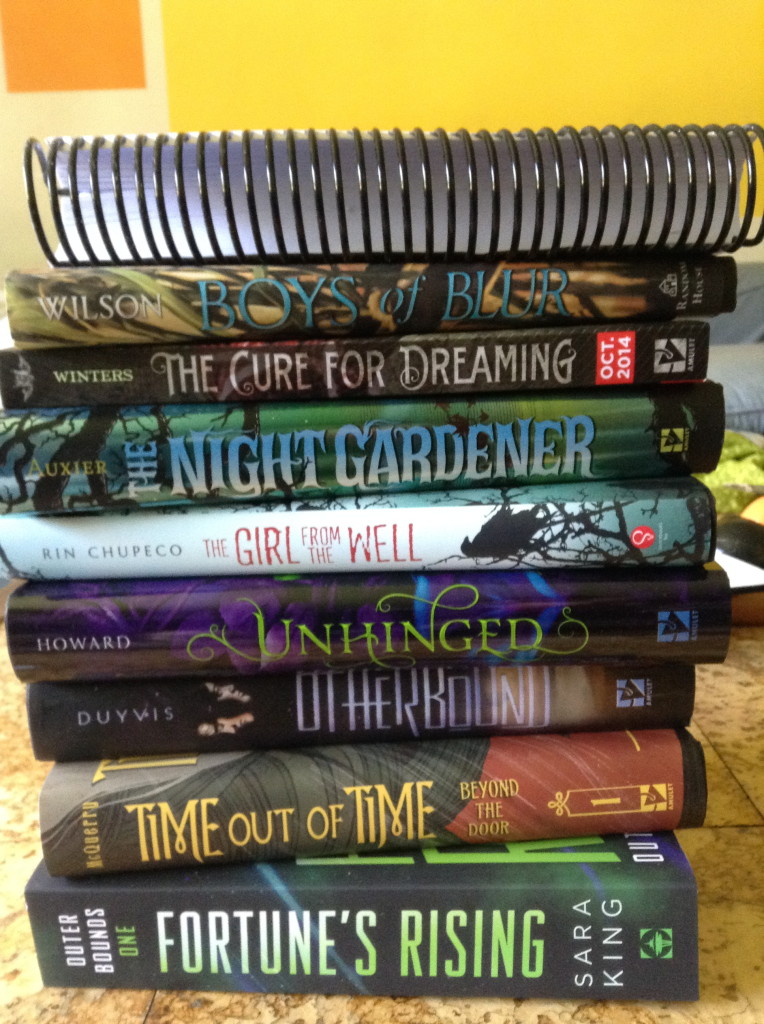 The spiral-bound one on top is The Sorcerer Heir by Cinda Williams Chima (due out in October). This photo doesn’t include the ones I have from the library (such as The Rhesus Chart by Charles Stross) or the ones I’ve received via NetGalley (such as the graphic novel Amulet #6, which I’ve been waiting for) or Edelweiss, obviously.

Current triage plan is to sit down on Sunday and read through first chapters. Maybe first and second. Anything that doesn’t strike me as good or enjoyable by that point gets set aside. I still expect to read several of these.

What looks good to you? What books have you been eyeing recently?