I ran across an article about the science of sorbets last week. It had a link to a peach sorbet recipe. I’d bought some of the most luscious freestone peaches at Wegmans, but my son and I ate most of them before I found the recipe. So instead, I went to Scholl Orchards, a farm stand around the corner. Sadly, they only had cling peaches, but I got two pounds of yellow peaches and one pound of white.

This weekend, I made the peach sorbet, mixing yellow and white peaches. The white are sweeter and juicier, and because the yellow aren’t as ripe as they could be, their color’s not very rich, either. I had to tweak the recipe a bit (1 teaspoon lime juice, an extra 1/4 cup of sugar), but it is incredible, even if it isn’t as pretty as the picture on Serious Eats. In fact, I’m going to have to make more within the next couple of days. 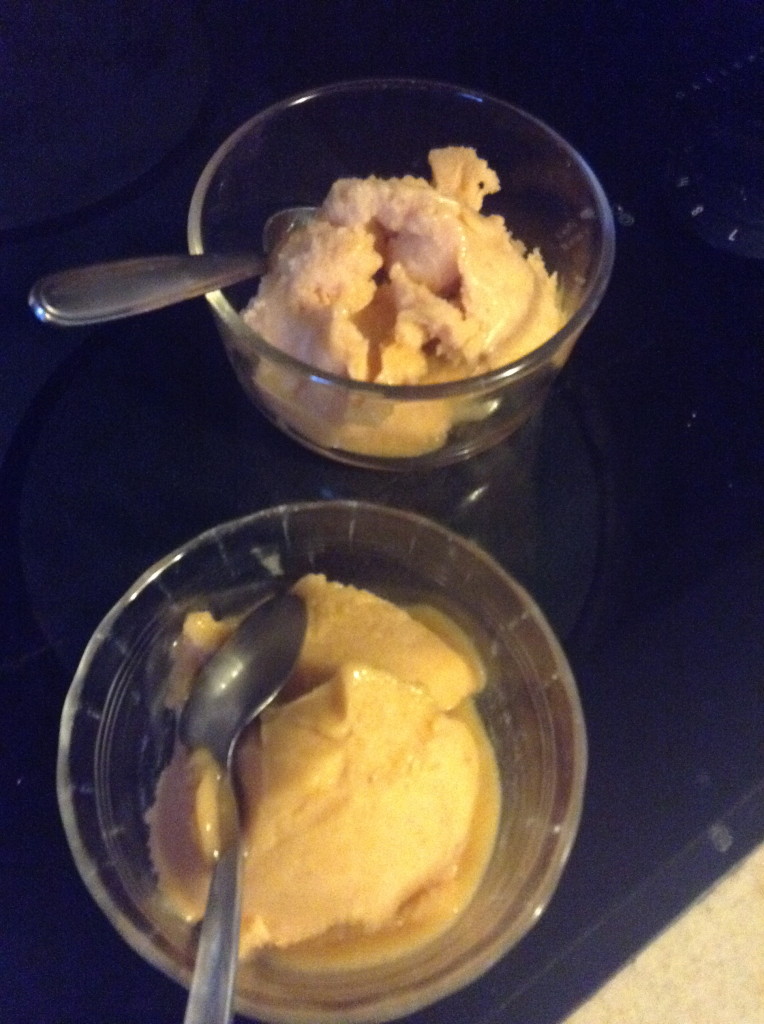