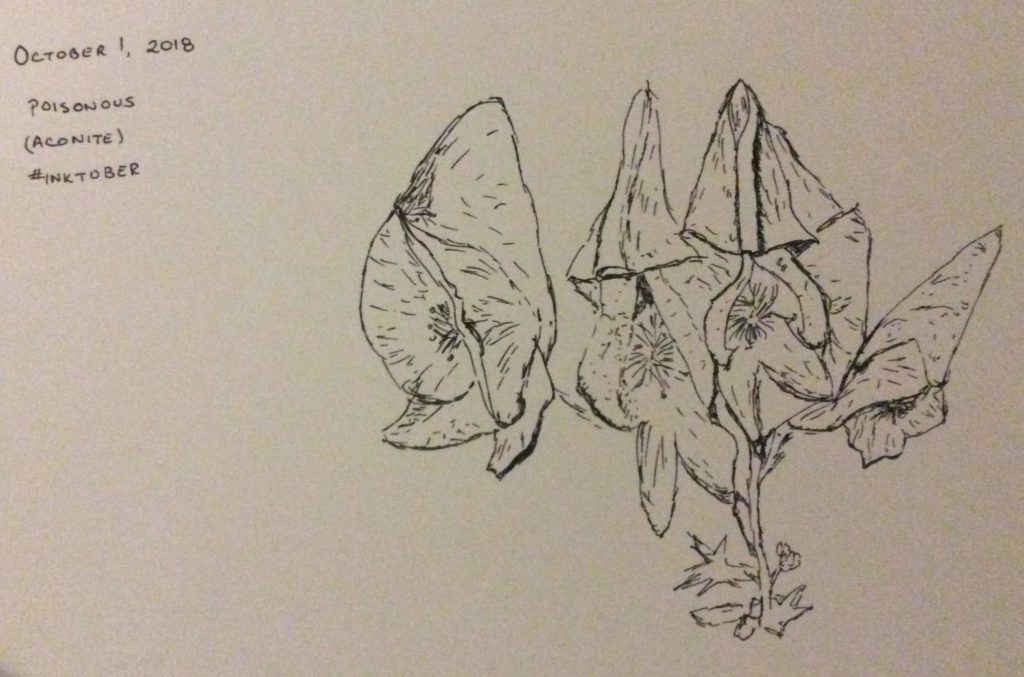 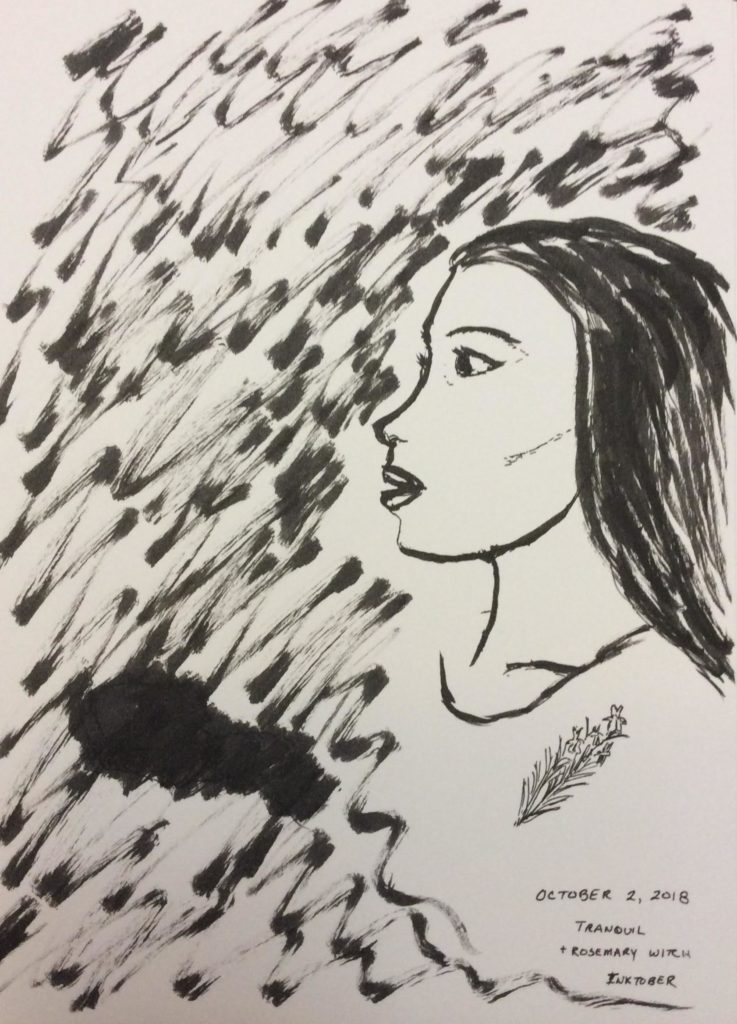 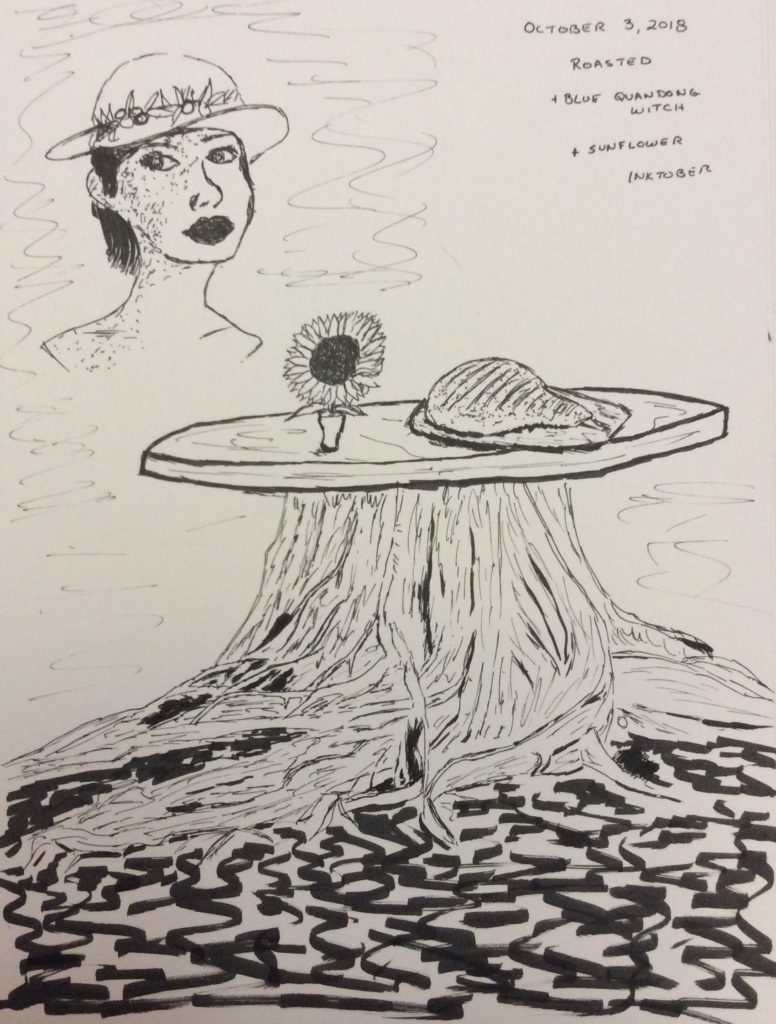 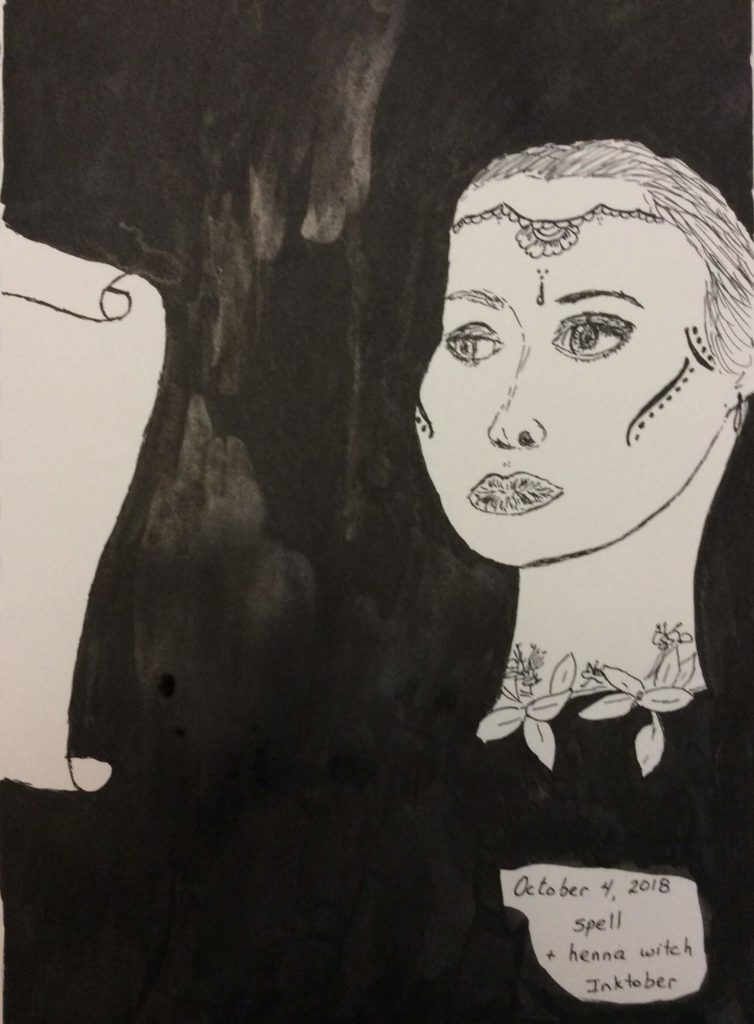 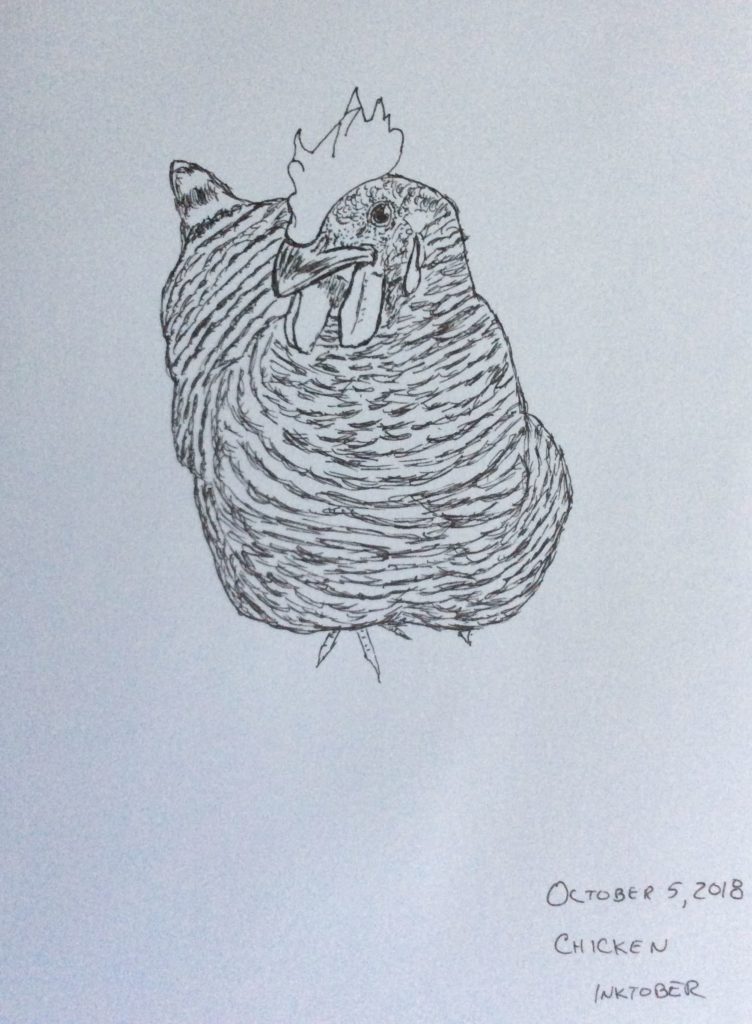 Seven years ago, Jake Parker came up with the idea of doing an ink drawing every day for a month to improve his inking skills. He liked the results so much he created the annual Inktober challenge. 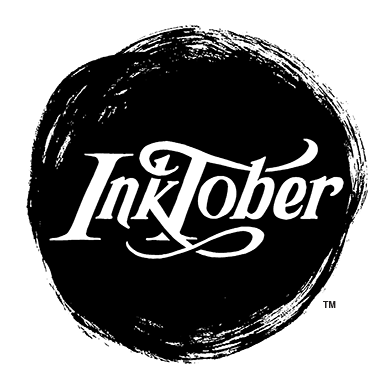 I’ve eyed the sketches on various social media for a couple years now, and this year I’ve decided to take the plunge and join in. I don’t have fancy brush pens, but I have some Pentel pens of varying colors and Micro-Line pens of different thicknesses to play with, and I found a book at the Easton library on hand lettering — so I’ve got lots of playing to do. I’ll probably try to follow the prompts at least occasionally, but my goal is to have fun for the 31 days. 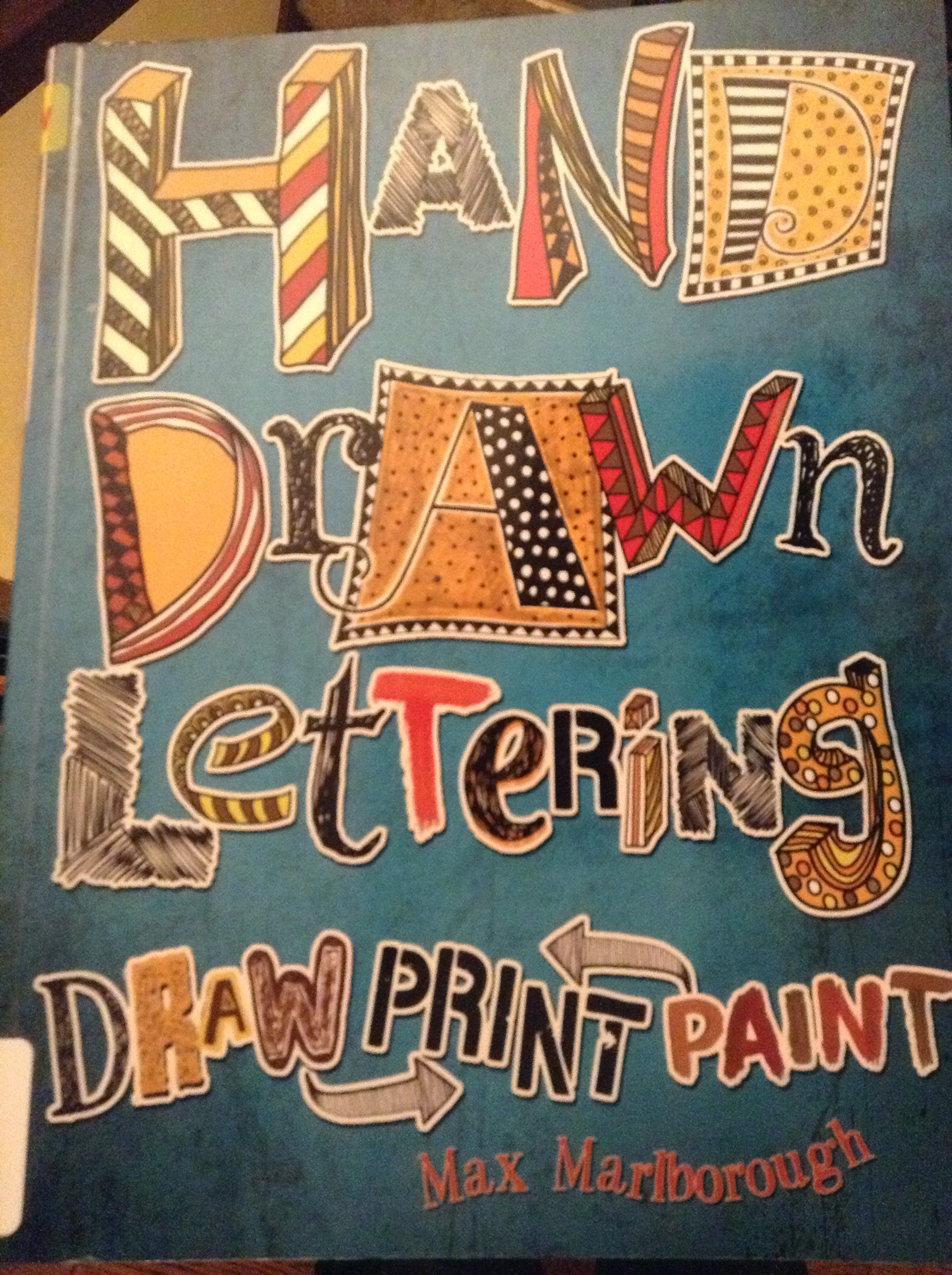 Anyone else want to give it a try?