Sneak peek at things to come

I tried to do a post by e-mail last night, but it doesn’t seem to have gone through. Nothing important — just my recipe for chicken noodle soup, which I made last night as the whole family’s under the weather. If anyone’s interested, I’ll be happy to put it up again later.

No running this week. Woke up a little wheezy last Saturday, but went for a run anyway. Huge mistake, as I barely had the breath to go up and down the stairs after that. Rather than risk making myself worse — or giving myself a relapse as I’ve started to recover — I took the whole week off. I did finish week 3, though, which puts me 1/3 of the way through the training regimen.

What’ve I kept myself occupied with this week while not running? Not a lot that required any brain power. Not enough oxygen, stuffy head, coughing = no heavy mental lifting. So I spent a bunch of time reading blog posts about self-publishing, Barry Eisler’s decision to try it, and Amanda Hocking’s decision to try not self publishing her works. I also thought about the ending for Daniel’s story (yes, Daniel who is the bad guy in Reign of Lightning, and whose book I said I’d have up late April) as well as a third book in the series.

And . . . I made covers for Daniel’s book and for another I’m working on. Thought I’d post them so you could see what’s on its way.

The church is the Church of Our Savior on Spilled Blood in St. Petersburg, Russia. The image is in the public domain. The airship (which is not metal-clad) is a Zeppelin, lifted from a Library of Congress image also in the public domain. Hope the images whet your appetites for the actual books. 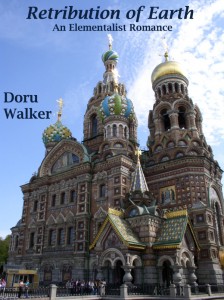 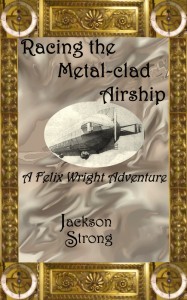