Last week, I put up a couple more short stories for sale. I’m going to tell you about one of them today and one next week — I’m still waiting for it to go live on the Kindle store.

Lenny and Steven are best friends in a society where everyone lives forever — except for those who die on their fiftieth birthday. No one knows whether they’ll be one of those to die until they start showing symptoms, and by then it’s too late. Lenny, however, is convinced he’s going to die, and that colors everything in their friendship. 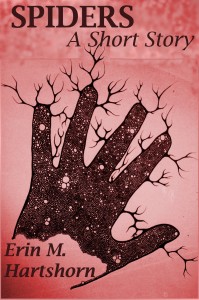 I first met Lenny in third grade. Once we found out we shared a birthday, we were best friends for life. Every year we had a joint birthday party just before school started and invited everyone.

We didn’t have much else in common. In high school, Lenny was football team captain with his pick of girls (and he picked more than a few). He tried to throw a few my way, but I had plenty of time. I had my eye on Kaye Sampson, class president and head cheerleader. In twenty or thirty years, she’d be perfect, rough edges gone, looking to the future instead of living in the moment. Something to look forward to.

I spent my time planning a long life. The odds were good — the emphasis on youth in the late twentieth century had had one good outcome in the twenty-first, world-wide gene-spliced longevity that was carried in the germ lines. Most people lived well into their fourth or fifth century; the only drawback most of them saw was that society had stagnated. Hey, this life was good enough for them or their parents when they were twenty. It should be good enough now that they were three hundred and twenty.

The other fifteen percent of the population, the ones where the gene splices didn’t work so neatly — well, when their fiftieth birthday rolled around, they spidered: veins popped out purple-black on their newly mottled skin, clumps of hair fell out, and they died within minutes. Not a pretty death, but not a long one, either. And because spiders were so different from the rest of society, because they were stigmatized, no one would ever consider getting tested ahead of time. Even if someone thought they were going to spider, they didn’t want to be treated like the walking dead.

If that sounds interesting to you and you would like to check out the rest of the story, it’s 99 cents at the usual suspects: Amazon (U.S. U.K. De) — Barnes & Noble — Smashwords