Karina Fabian has a new book out, this one the sequel to Mind Over Mind. No Faerie Catholic Church or dragons here, but still interesting material.

Deryl isn’t crazy; he’s psychic. Desperate to escape the insane asylum, Deryl teleports to Kanaan, a world of telepaths who regard him as an oracle. The Kanaan expect their oracle to teach them to wage war. He falls in love, but to be with her means to share his psyche, which could drive her insane. Most dangerous of all the Master, enemy of the Kanaan, would will forge Deryl’s powers into a weapon to kill all he loves or destroy his mind trying.

Read on below the cut for a personal interview with Karina. 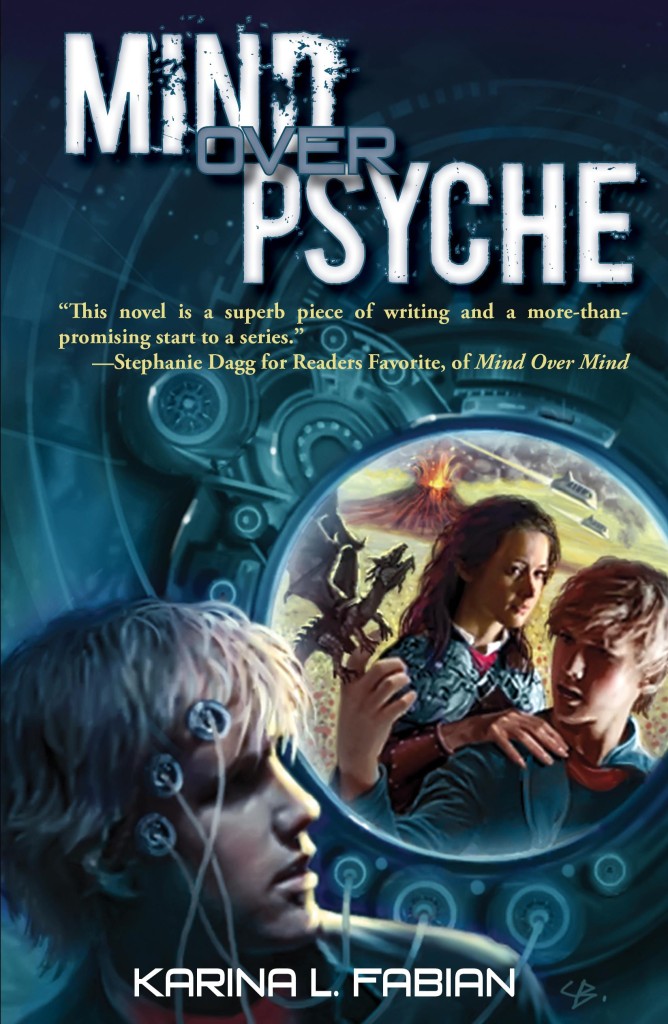 Winner of the 2010 INDIE for best Fantasy (Magic, Mensa and Mayhem), Karina Fabian has plenty of voices in her head without being psychic. Fortunately, they fuel her many stories, like the Mind Over trilogy. Mrs. Fabian teaches writing and book marketing seminars, but mostly is concerned with supporting her husband, Rob Fabian as he makes the exciting leap from military officer to civilian executive, getting her kids through high school and college, and surviving daily circuit torture…er, circuit training. Read about her adventures at http://fabianspace.com. Find Karina at:
Website: http://fabianspace.com, http://dragoneyepi.net
Blog: http://fabianspace.blogspot.com
Facebook: https://www.facebook.com/karina.fabian
Twitter: http://twitter.com/#!/KarinaFabian
Google +: https://plus.google.com/103660024891826015212