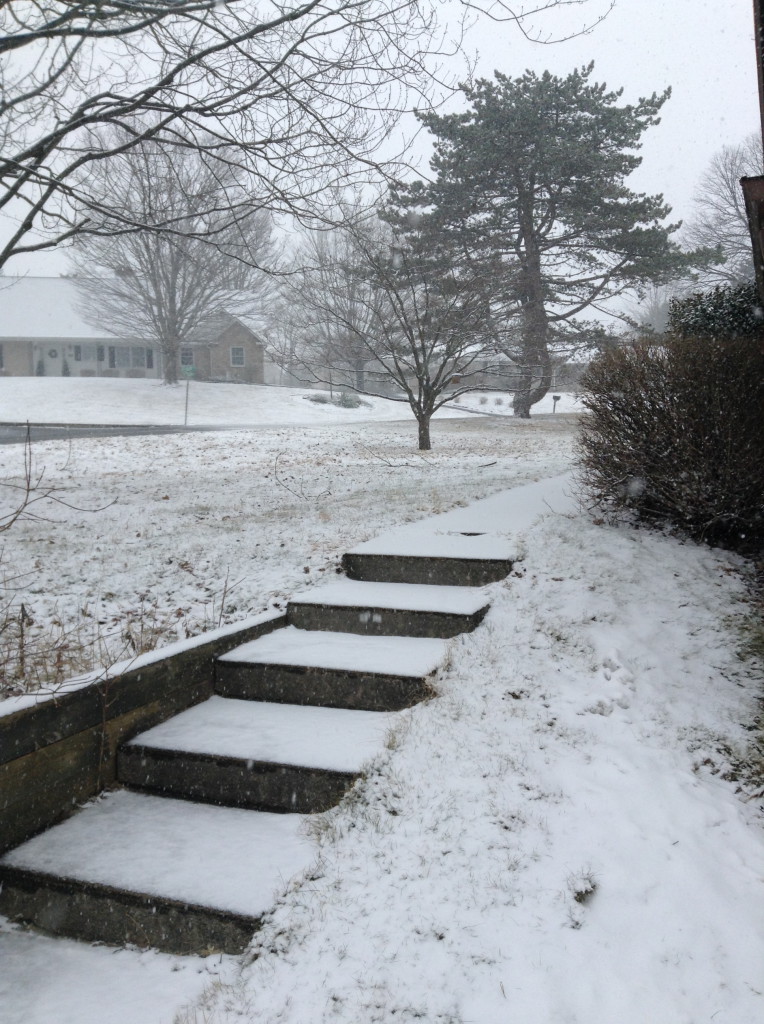 Unlike most of the continent, the East Coast had a cold and snowy winter. It seems to want to do the same for spring.

And yes, the children are being dismissed from school early today. I got them off to school, then ran my errands so I could get home and do some actual work before they get back.

In other news, I’ve been rather neglecting real content for the blog here, doing my gratitude posts on Monday and my serial posts on Tuesday, but rarely doing much else. So I’m going to try starting a few things going, on a rotation:

So that’s what’s on tap for me as the seasons turn once again. What’s new or renewed in your life?

*I have some previous experience of Italian because I used to help my mom with her flash cards, and I have sufficient grounding in French that picking up another Romance language shouldn’t be terribly difficult, even at my age. (They say it’s easier to learn new languages when younger.) My first line of learning is going to be using the Mango languages app, which the local library provides free access to. Expect my first post on this new adventure to go up next week.

P.S. I posted yesterday on the Sara Penhallow blog about my latest knitting project, a scarf for my daughter.