One of the first things I had to do today was deal with our son’s glasses. The rim of the right frame broke at the point where it connects to the bridge. I took the glasses to two different eyeglass shops, and they both told me the glasses weren’t fixable. So I bought a $20 soldering iron and fixed them myself.

It’s not the strongest repair job, but it’ll last until we can get him an eye appointment and some new glasses. Which is more than the pros said they could do.

Also got my newsletter mailed out! (And added maybe 3 words to Troll Tunnels as I decided on a snippet to include.)

For Inktober, the prompt was “juicy.” This glass sculpture is actually a flower, but the translucent portion reminds me of a citrus juicer, so I decided that counts. At the Chazen Museum of Art. I did not note the artist’s name this time, which is bad of me, I know. 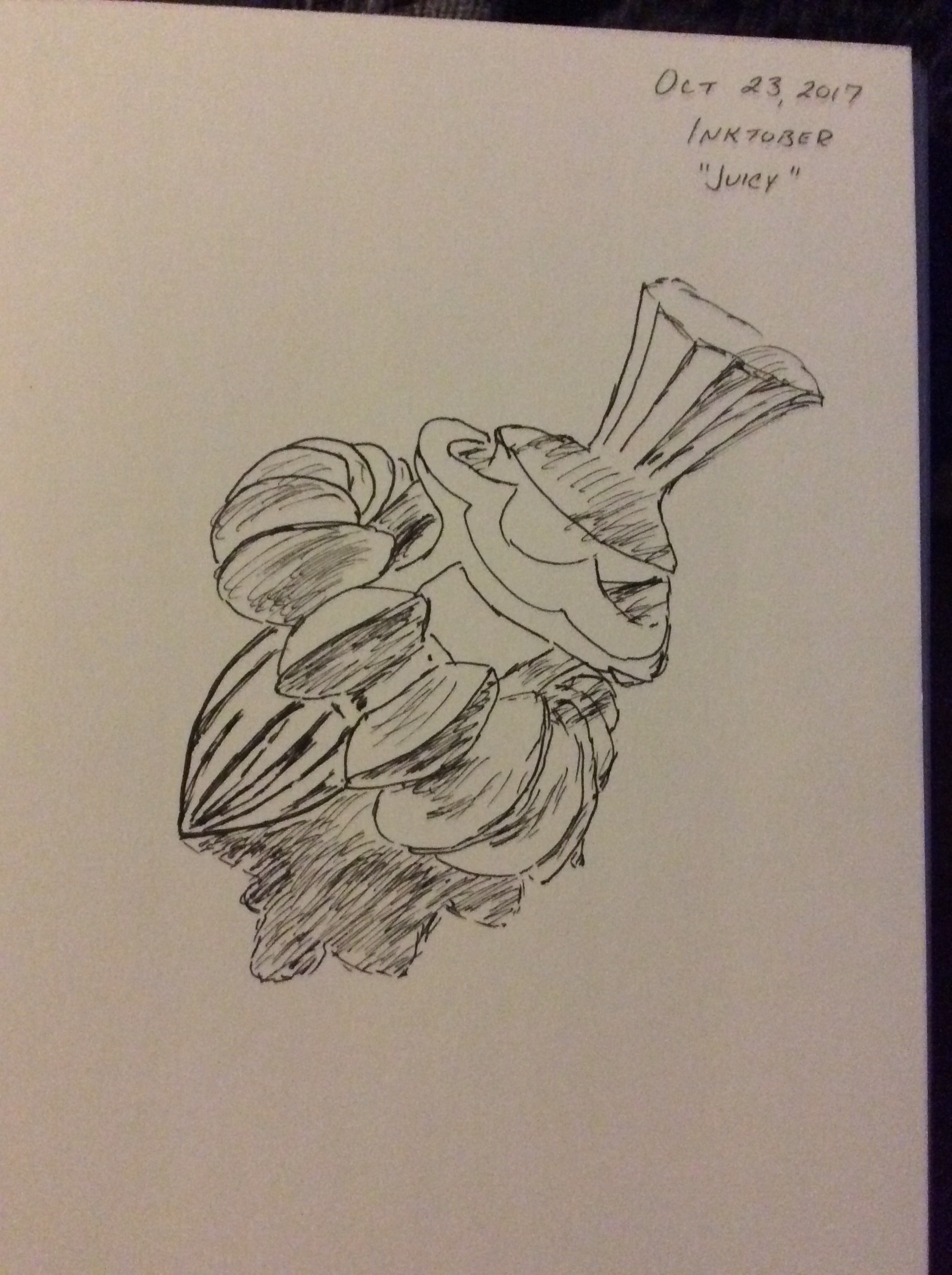 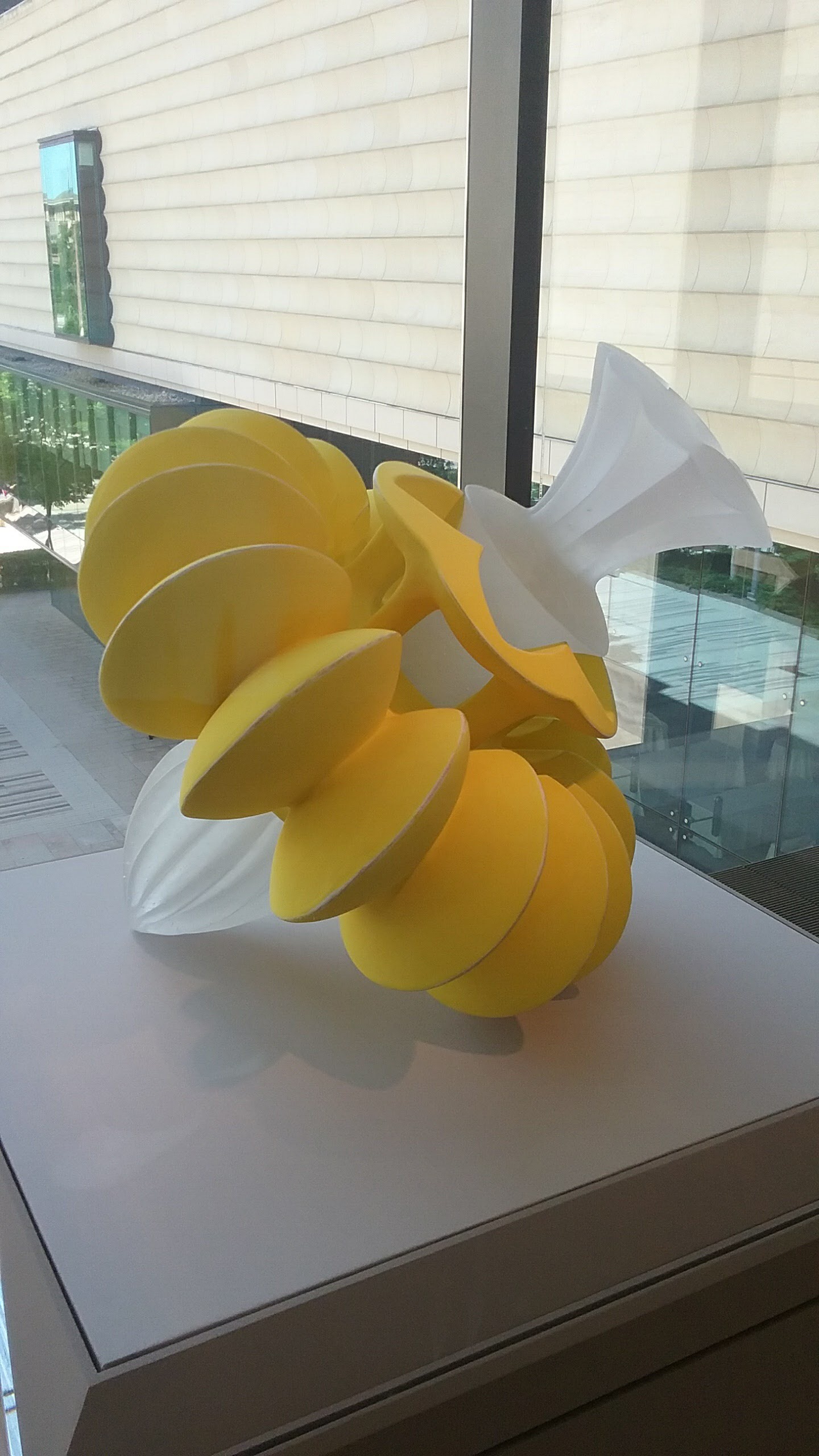